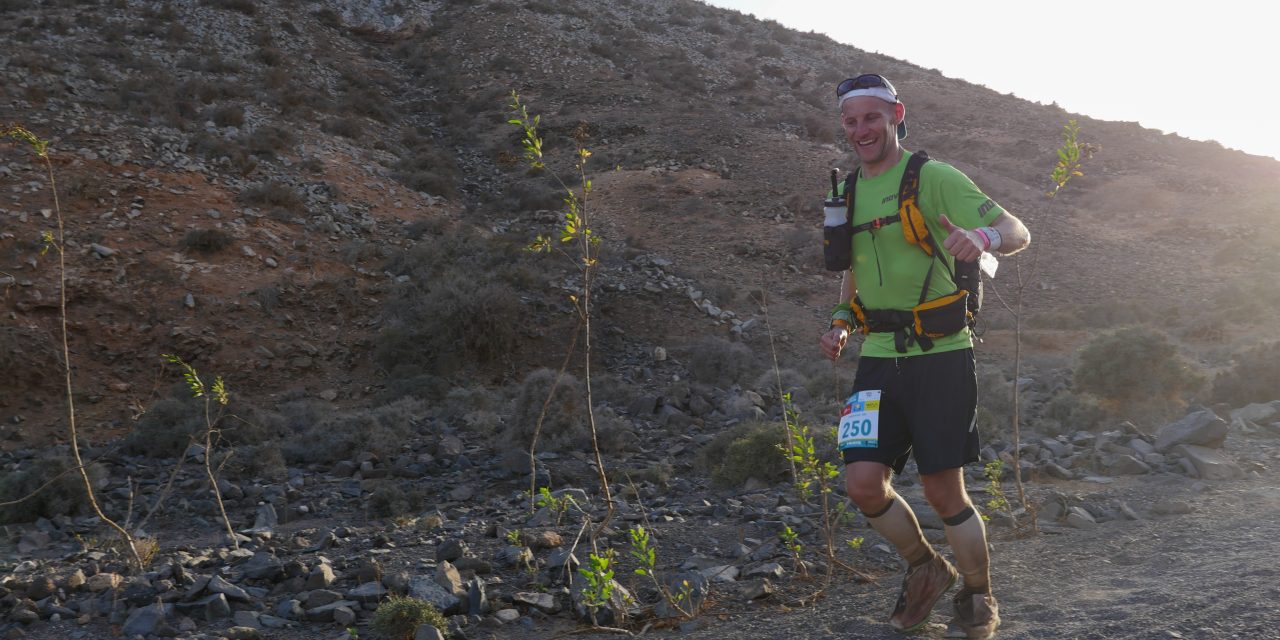 We met Kieran just over a year ago when, at the suggestion of some friends, we took part in his Big End of Year Run. This was sold to us as ‘a brilliant way to end the running year’.

The Big End of Year Run is a free, guided, community run through Central London. Participants can run the full 21k route or join in for 10k or 5k at designated points along the way. Having literally got off a plane from Cape Town that morning we were a bit unsure as to what to expect but from the outset, at the meeting point under Marble Arch, it was clear that this was going to be fun.  We had an amazing time chatting to lots of people as we ran along – we were so pleased that we managed to get there. Thank you Dave and Rachel for recommending it.

Kieran is an accomplished runner in his own right and his love for running really came through in this event – a run for runners to meet and celebrate the ending of a year’s running, and to look forward to what is coming next. We loved it and will be there again this year.

Turned out, once we got talking, that Kieran lived around the corner from us in Chiswick and naturally now that we know who he is we keep bumping in to him at both local and not so local events.

In his other life Kieran is a sports journalist who contributes to many of the running magazines and web sites as well as writing feature articles for the non-specialist press.  You can catch up with him on his blog www.manvmiles.co.uk

We also recommend that you check out his new You Tube channel The Run Testers where, alongside three other journalist colleagues, Kieran tests the latest running tech, shoes and gear.

But first let’s see what he has to say to us.

From the age of four to 30 years old, I played football and running was the part of football training I hated. It was never a good training session when the coach kicked things off by saying “You can put the balls away lads, we won’t be needing those.”

But in 2009 that changed. I did my first 10k at the British 10k. And as I ran past the Houses of Parliament on a bright, crisp, blue-sky kind of day, on the closed roads of London, Big Ben chimed over the cheering crowds and it kind of woke me up to running. I remember the buzz of that moment to this day and I still get it in races. It’s a feeling like you’ve found a secret. You want to share it with everyone but you also feel like it’s your own.

Afterwards, I quickly signed up for my first half at the Royal Parks and then my first marathon in Paris. And in training for those I realised just how powerful running could be. As a way to tap into the happy chemicals, to stay mentally on an even keel. I also found it was a brilliant way to commute. I worked almost exactly 10km from my office, Chiswick to Baker Street and I could run it quicker than the tube and get home having shaken off the stress of the day. So it quickly became a habit, or even life support.

In the 10 years since, I’ve run 43 marathons, a bunch of ultras, the MDS and a few of my own challenges like running the Thames Source to Sea (190 miles in 3 days). As a journalist I also now write about all things running and running tech so it’s now become my work too. And I constantly have to remind myself how lucky I am that work for me can be an hour run testing the latest watch or shoes.

I also get a lot of joy from the community running brings, watching other people discover running, achieve crazy goals they never thought possible. A year back I went to watch the UTMB and stood for an hour watching the normal runners come back into Chamonix. It was the most inspiring 60 minutes. I could see, as the pained faces of those runners changed to joy as they neared the finish line after 48 hours of running, why I think we all do it. It’s that feeling where you know that you’ve stared down a mighty demon and defeated it.

It doesn’t have to be a UMTB ultra either, I have a saying that Every Goal is Equal. One person’s mile is another’s marathon and all that matters is going out there and trying to conquer it. There aren’t many sports that can make you feel like you’ve overcome a struggle just by stepping out of the front door.

This one is a toss up. My Top 100 finish at the MDS in 2015 is up there because I worked really hard to get as fit as I’ve ever been for that race. I left no stone unturned and it paid off.

I’d also say my sub-3-hour marathon. Clocking a 26.2 finish time that starts with a two is special.

I’m also dead proud of running the Thames with my MDS tent mates to raise money for one of our 2015 group who has cancer. Doing back to back 60 mile days was agony at times but we had such good support from friends. I think it proved to me that you really never know what you’re capable of until you get out there and have a crack. And just how important people are in that equation. Of all the challenges I’ve done, I’ve never really done them alone.

The Comrades is right up there for me. I’d signed up to go in 2015 right after the MDS but life got in the way. And now having read Adharand Finn’s epic description in his new book Rise of the Ultra Runners, I know I have to do this race. I’ve also got the Tokyo Marathon on there which I’m heading to in 2020. And then there’s a tiny little race that takes place on Lundy Island off the North Devon coast. I grew up looking out of the window every morning at that little island but I’ve never been. To go and run there would be really special.

This is a really hard one to answer. If you’re talking about the actual nuts and bolts of the race experience, I’d say Berlin. It’s well organised, a nice course with solid support and a great city to see.

The MDS will always have a special place for me. It’s not the world’s toughest footrace but you make lifelong friends there and it’s just an extraordinary place to live and run for a week.

I’ve got a soft spot for the Brighton Marathon. On a sunny day the atmosphere (apart from the power station bit at 18 miles) is incredible.

Set yourself goals. Silly goals. And if there’s a goal that keeps popping into your head, that’s the one to follow, it means you care about it.

And don’t worry about making it or not making it. None of that matters, what really matters is that you get out there and try and enjoy the process along the way.

Take friends with you if you can, make friends along the way if you can’t. Most of all make sure you find plenty of time to run just for pure pleasure. You don’t always have to be running for a finish line, a training goal or a particular destination. From time to time, just get out there get the legs moving and get lost in it. 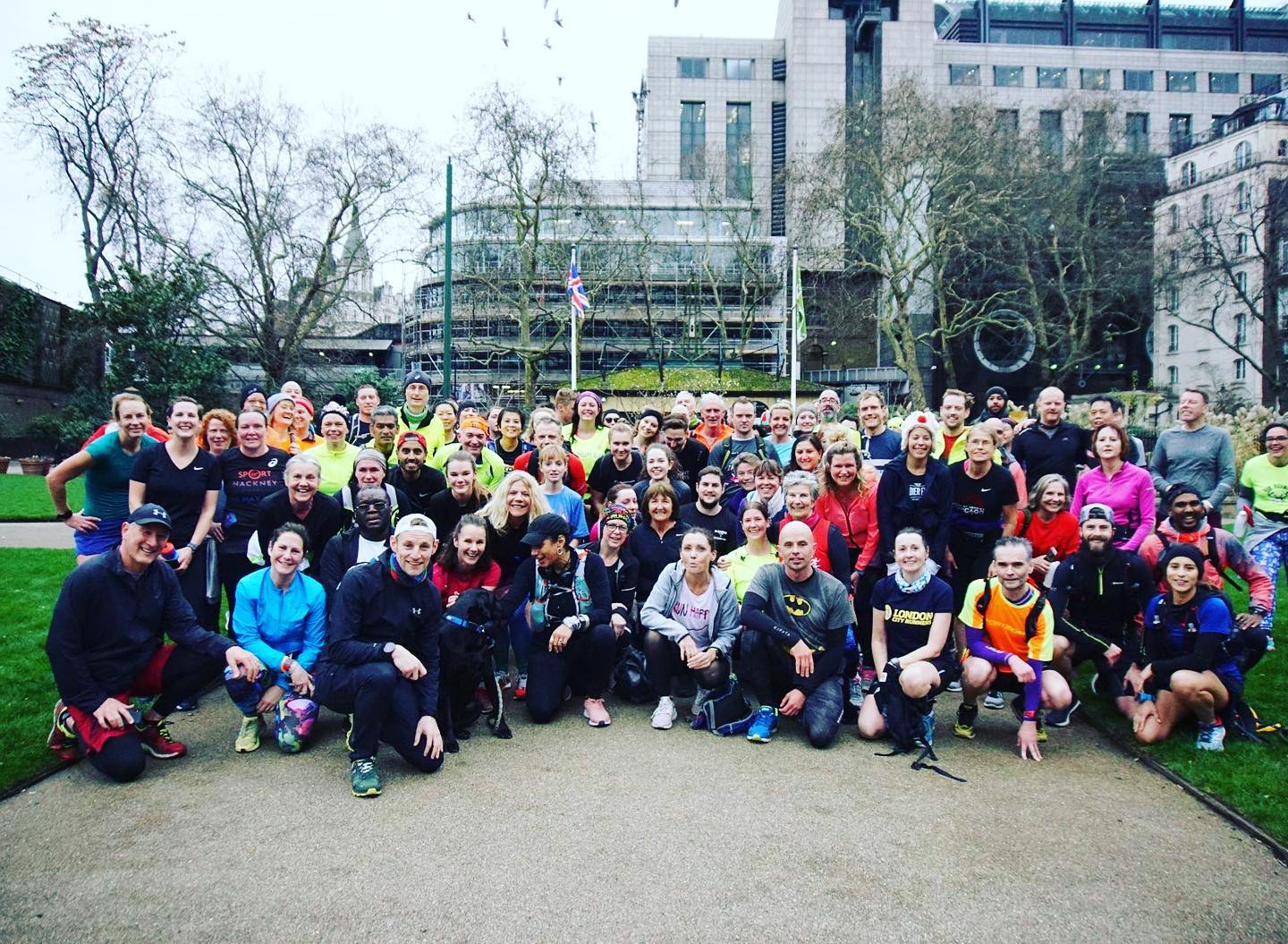 Group photo at the finish of 2018’s Big End of Year Run – before the obligatory glass of Champagne in the pub!

Thank you Kieran. Looking forward to catching up on 31st December. Good luck with The Run Testers!

Note:  For anyone interested in the Big End of Decade Run, just visit the  website and indicate your interest in going. Don’t worry about pace – there are frequent re-grouping stops and no one gets left behind. 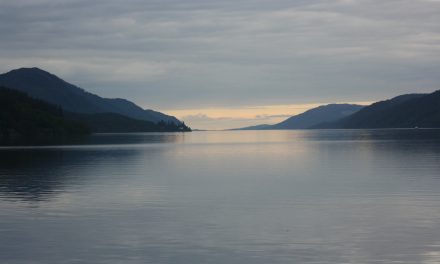 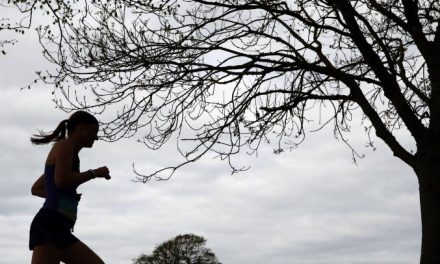 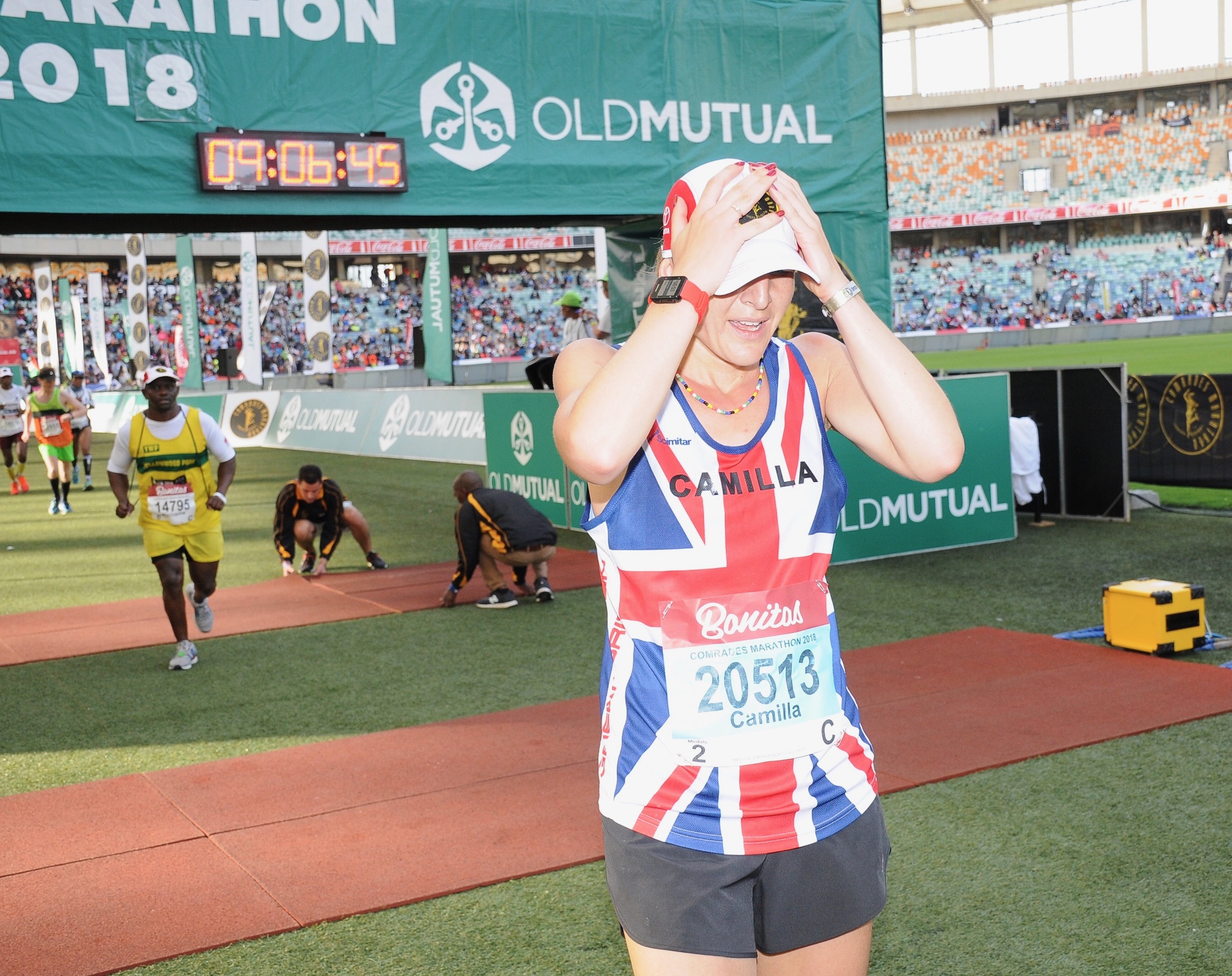 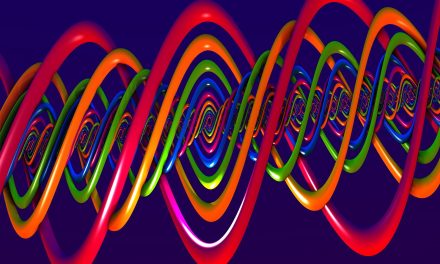 DNA testing for Fitness and Nutrition