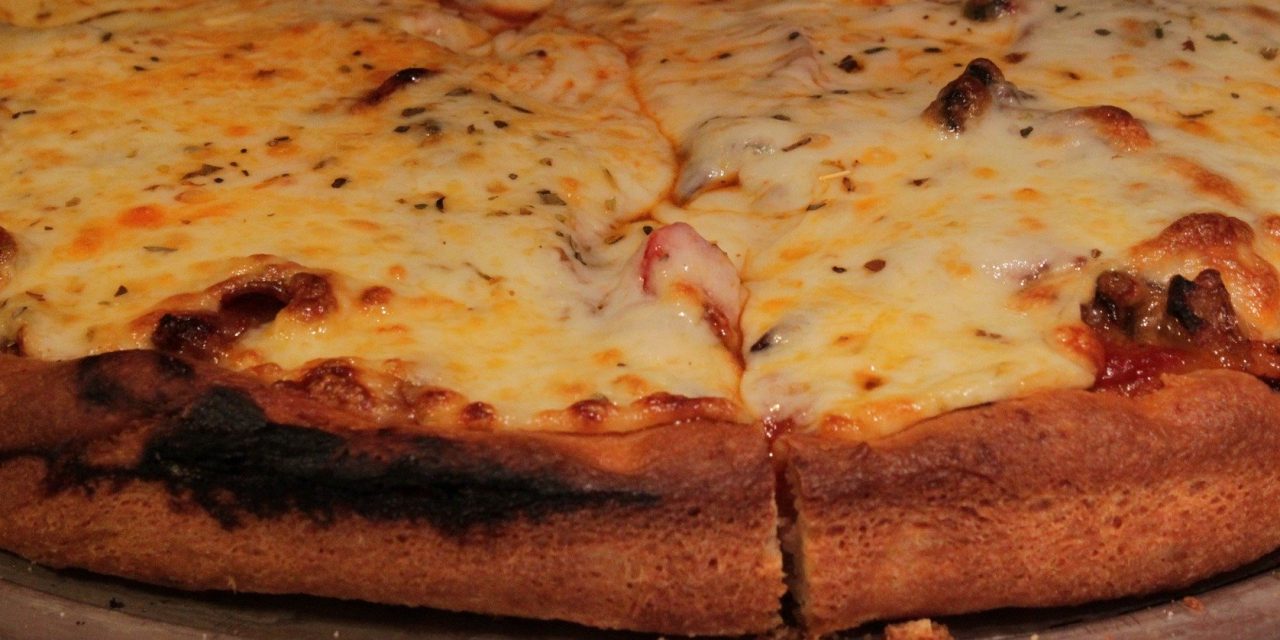 In a few days time, on 3rd December, the time qualifier entries and general ballot for the Chicago Marathon 2020 close. We have already entered and are excited to be returning to Chicago having previously run this race in 2016. On that occasion we entered the event because we wanted to complete the World Marathon Majors. We had no great expectations for the city or marathon itself but we were delighted by what we found. If you want to run an autumn marathon and are considering entering the draw for this race, here are our reasons why you should.

1. The City of Chicago

When we entered the marathon we didn’t know too much about the city – and to be honest it had never been on our ‘must go to’ list. What an amazing surprise we got when we arrived. Chicago is a vibrant, attractive city set on a spectacular lake front with outstanding and unique architecture (more later) and huge green spaces. More relaxing to be in than New York (not a criticism of New York city – just an observation), yet still with a real big city feel. 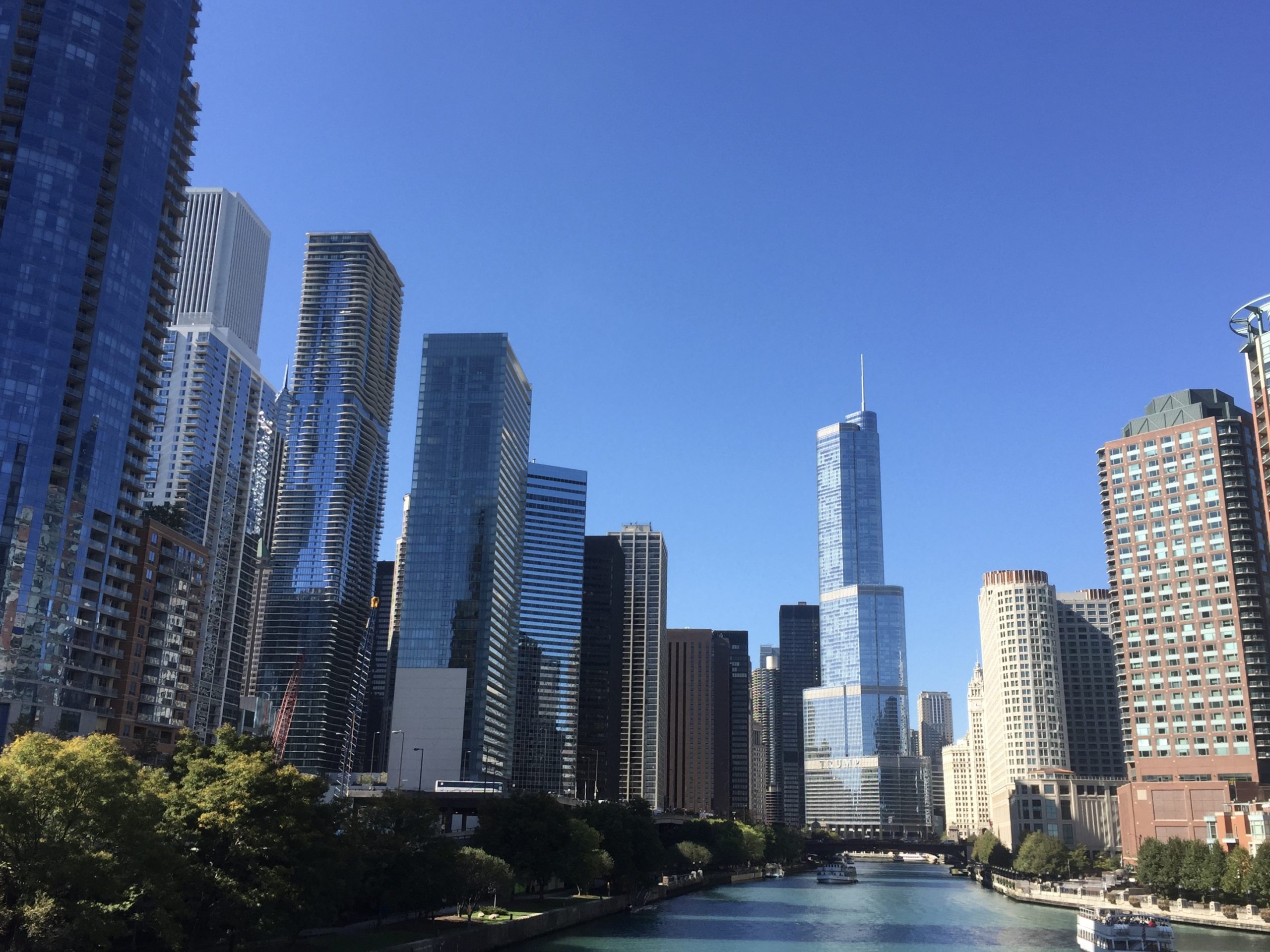 We referred above to the architecture as being outstanding. To get a real feel for the different styles of architecture on show, and to learn about some of the unique buildings and their history in a comfortable and relaxed setting, the river boat architecture tour is a must. Even if you think you are not interested in such things, by the time the tour is over we think you will be.

There are a number of companies operating these tours but on a busy weekend it’s wise to book a day or two in advance.  The Chicago Architecture Centre tours are led by volunteers who are passionate about their city. The boats take you along the main Chicago River, and its back waters and adjoining canals.  Well informed guides provide a wealth of knowledge and stories about the city. The tour lasts about 90 minutes. We are not usually fans of organised sight-seeing, but loved this tour.

While on the subject of tours, another must-do in Chicago is the Untouchables Gangster tour. The Chicago gangsters, with possibly most famous being Al Capone, rose to infamy during the time of prohibition in the US. The bus tour, led by “gangsters” played by actors, visits some of the famous gangster spots in the city, recounting events such as ‘The Saint Valentines Day Massacre’ and chronicling the rise and fall of the rival gangs. Be ready for surprises!

And if you want to take in a bit more of the gangster ambience – you can always call in at the Exchequer bar and restaurant and ask to sit in Al’s favourite booth! 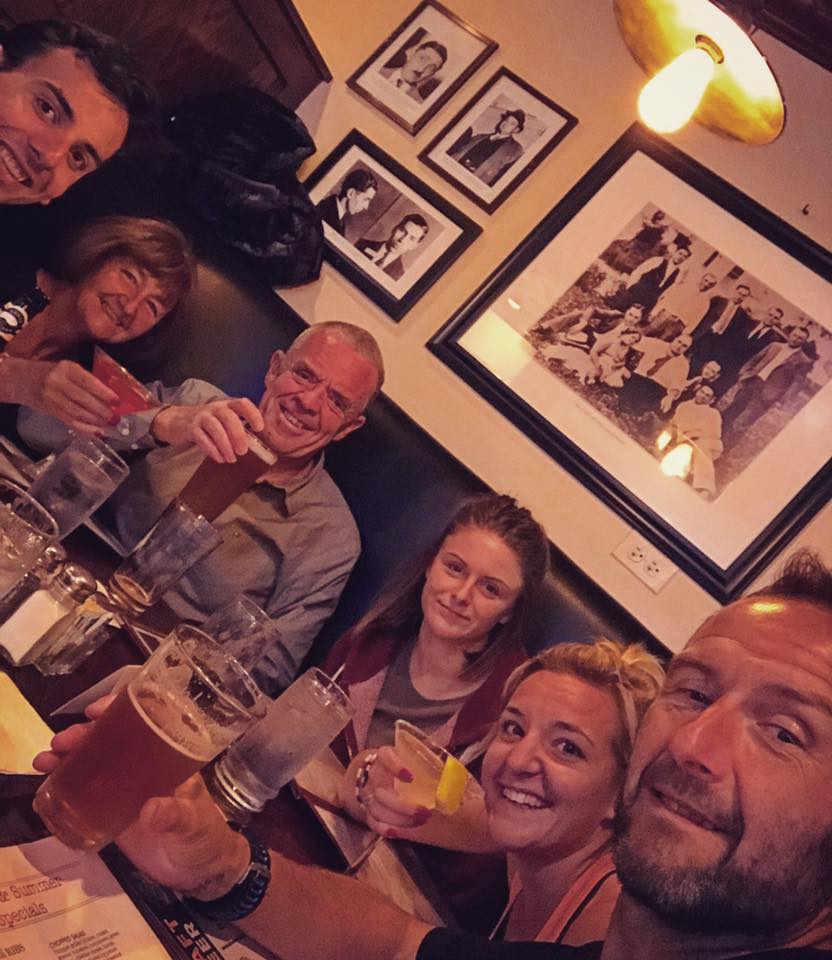 Sampling the local drinks in Al Capone’s booth at the Exchequer- don’t suppose he had to book ahead!

Chicago is full of surprises. Some of them come in the form of art installations scattered around the city. The ‘Cloud Gate‘ (fondly known as The Bean) by Indian British artist Anish Kapoor is probably the most famous and most photographed. We also came across the Picasso “untitled” sculpture and Miro’s “The Sun, The Moon, and One Star”. On the list for the next trip are Chagal’s ‘Four Seasons’ mosaic in the courtyard of the Chase Bank building, and Calder’s ‘Flamingo‘.

There are plenty of others, and of course more traditional world-class galleries filled with fantastic works of art. 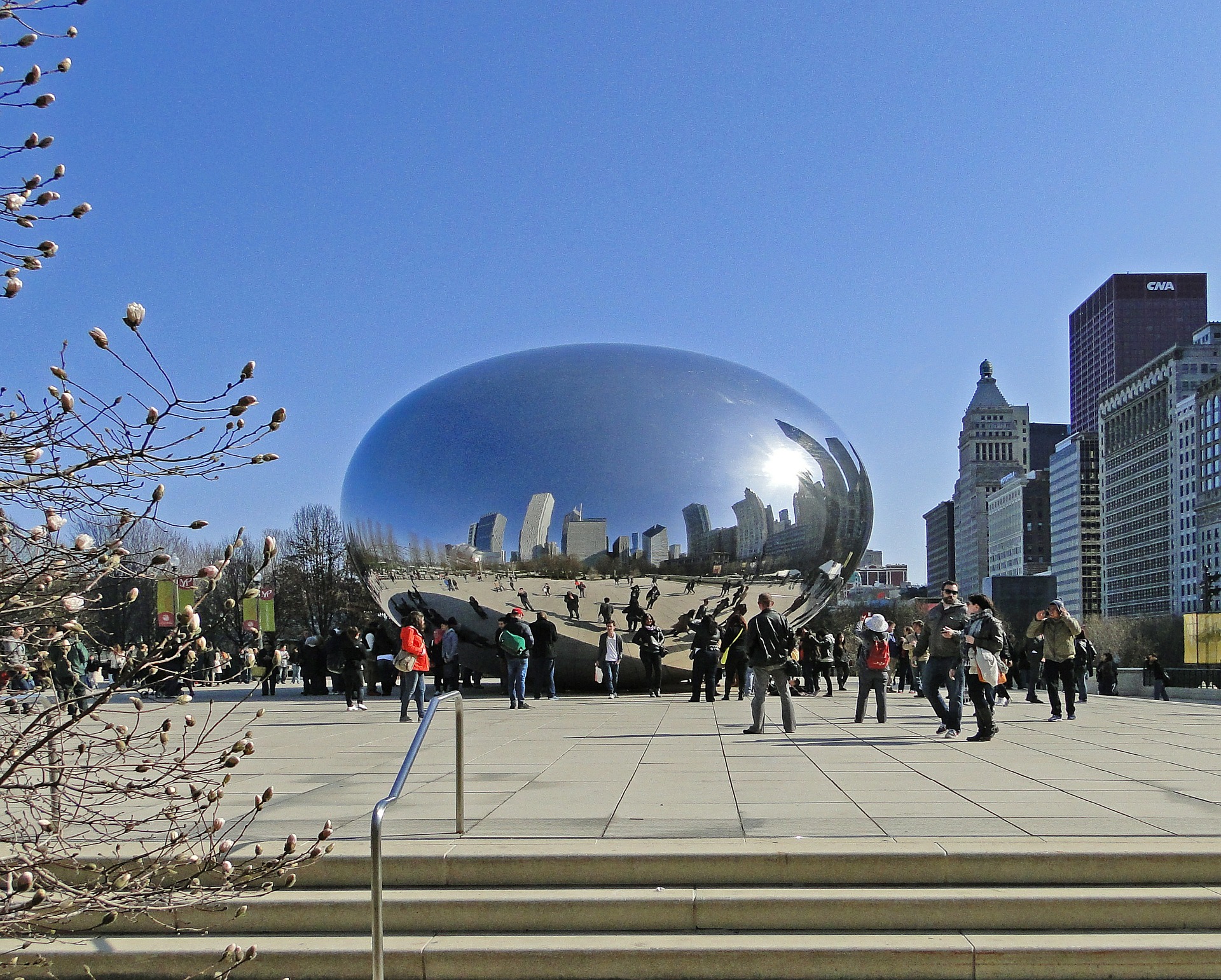 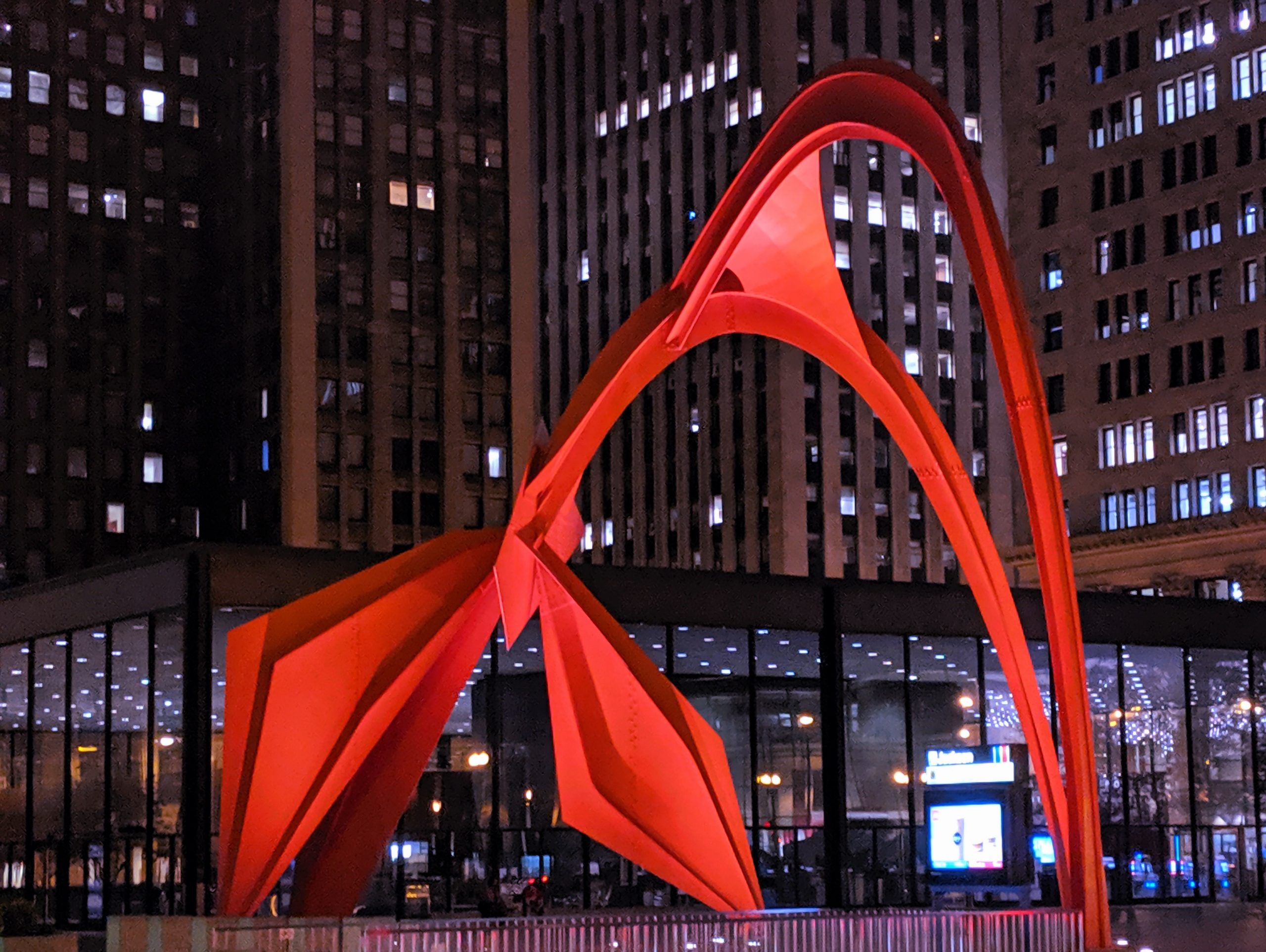 Chicago is situated on the  western shore of Lake Michigan – the second largest of the Great Lakes and the only one completely in US. Its shoreline provides Chicago with a number of beaches and a Lakefront Trail, 18.5 miles long and just perfect for running, cycling and skateboarding.

The River Walk is another pedestrianised area along the banks of the Chicago River from Lake Shore Drive to Michigan Avenue. With its cafes, bars, public art and fountains, it is the perfect place for a leisurely stroll anytime of day or evening.

A place we didn’t make it to on our previous trip and looks like would be worth a visit is the Bloomingdale Trail, a 2.7-mile elevated green walkway converted from a disused railway. Another spot for a possible shakeout run. 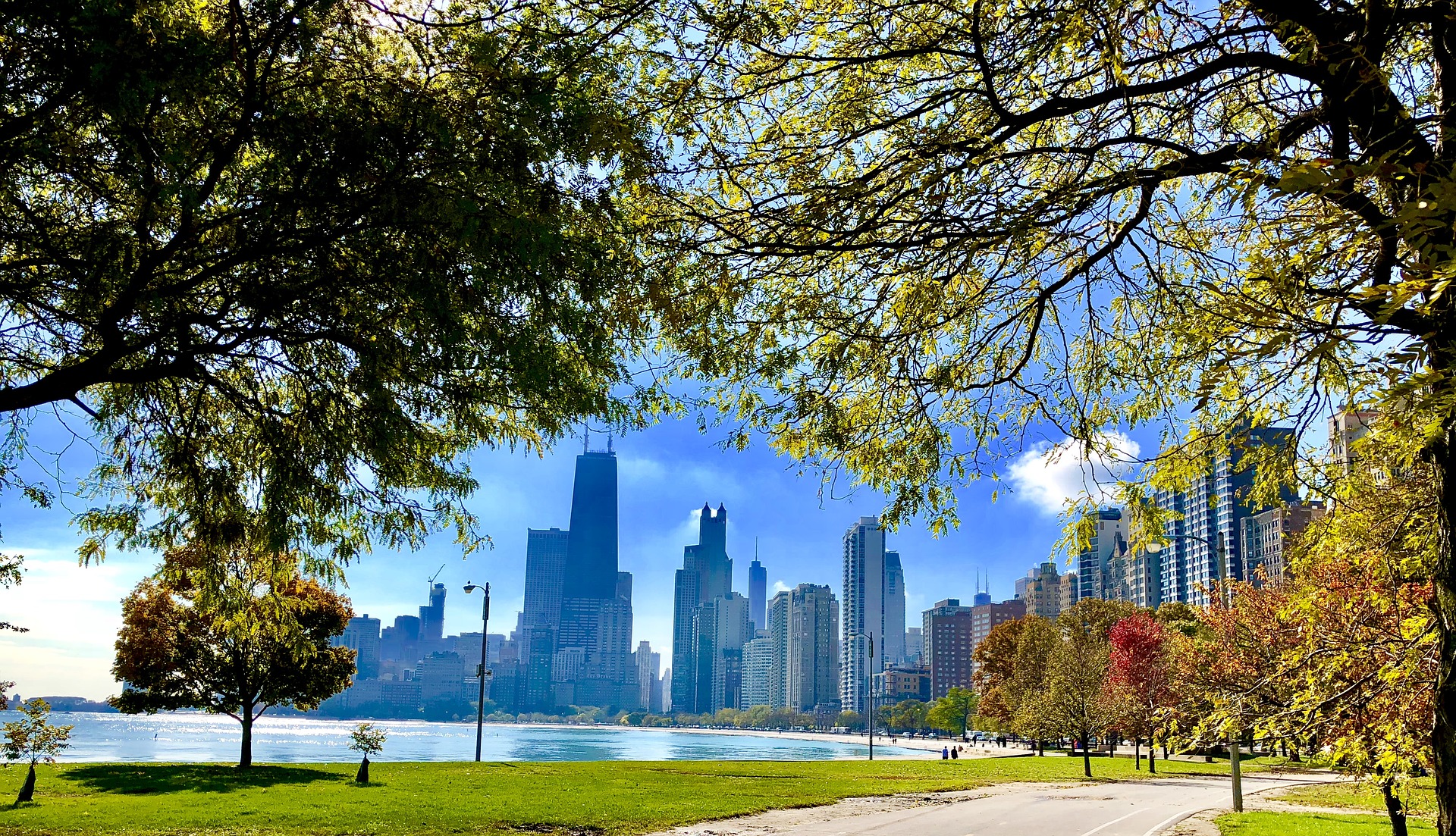 Chicago has a number of famous sports teams The Bears (America football), Bulls (basketball), Blackhawks (ice hockey) and Cubs (baseball). We don’t claim to understand much about the game of baseball, but we do know that the Cubs play at Wrigley Fields – not to be referred to as a stadium, we’re told.

The week before we arrived in Chicago in 2016, the Cubs had won the National League for the first time since 1945, and were therefore about play against the Cleveland Indians, winners of the rival American League, in the so-called “World Series”, a 7 game play-off. The town was in a Cubs frenzy during our time there. As newly-affiliated Cubs fans, we followed their progress after we returned home. The Cubs eventually won 4-3 having been 3-1 down after four games, claiming the World Series for first time in 108 years. Chicago must have been an amazing place to be that evening.

Try to take in a game of one of the Chicago teams while you’re there – preferably with someone who can explain the rules! 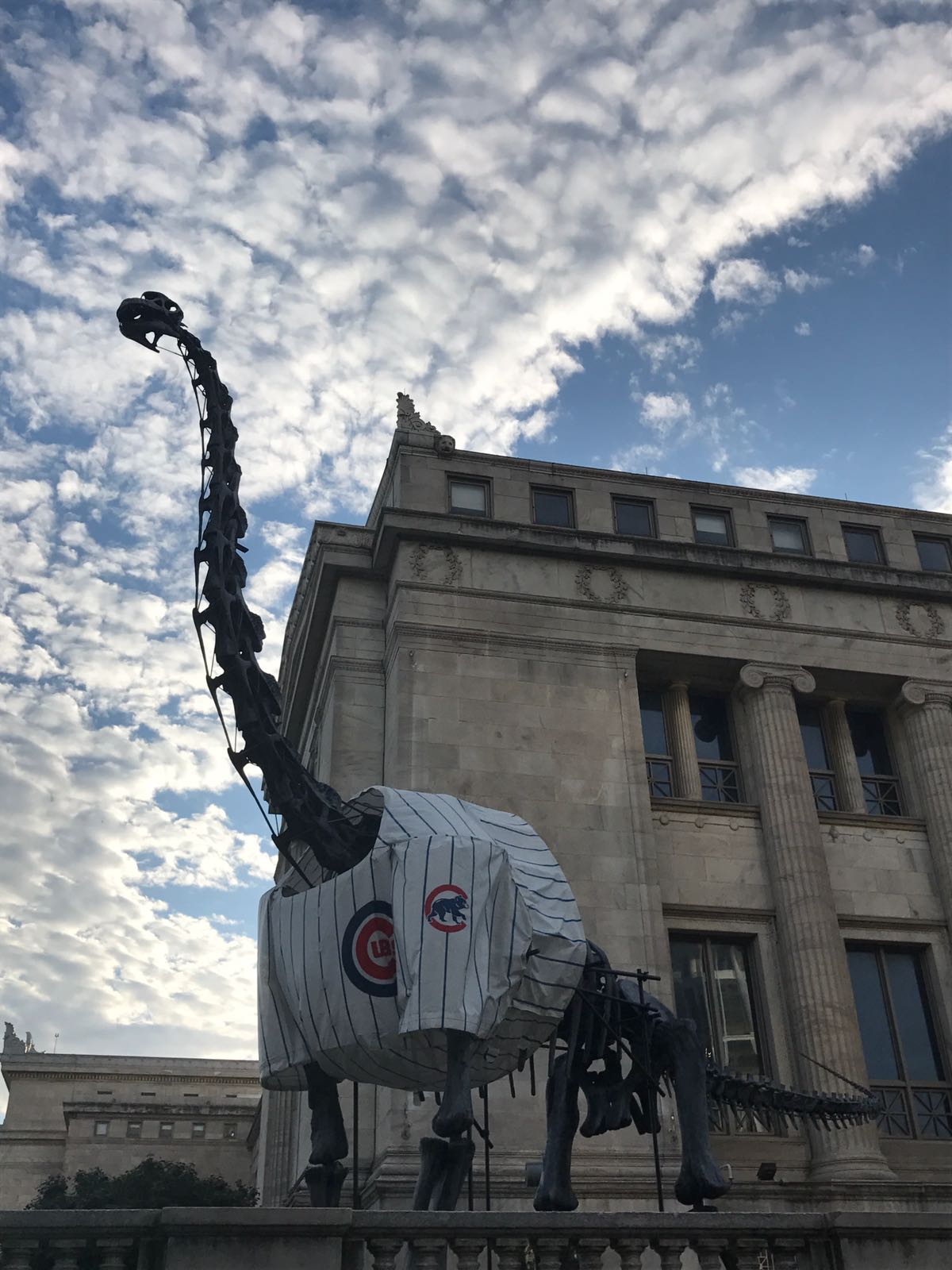 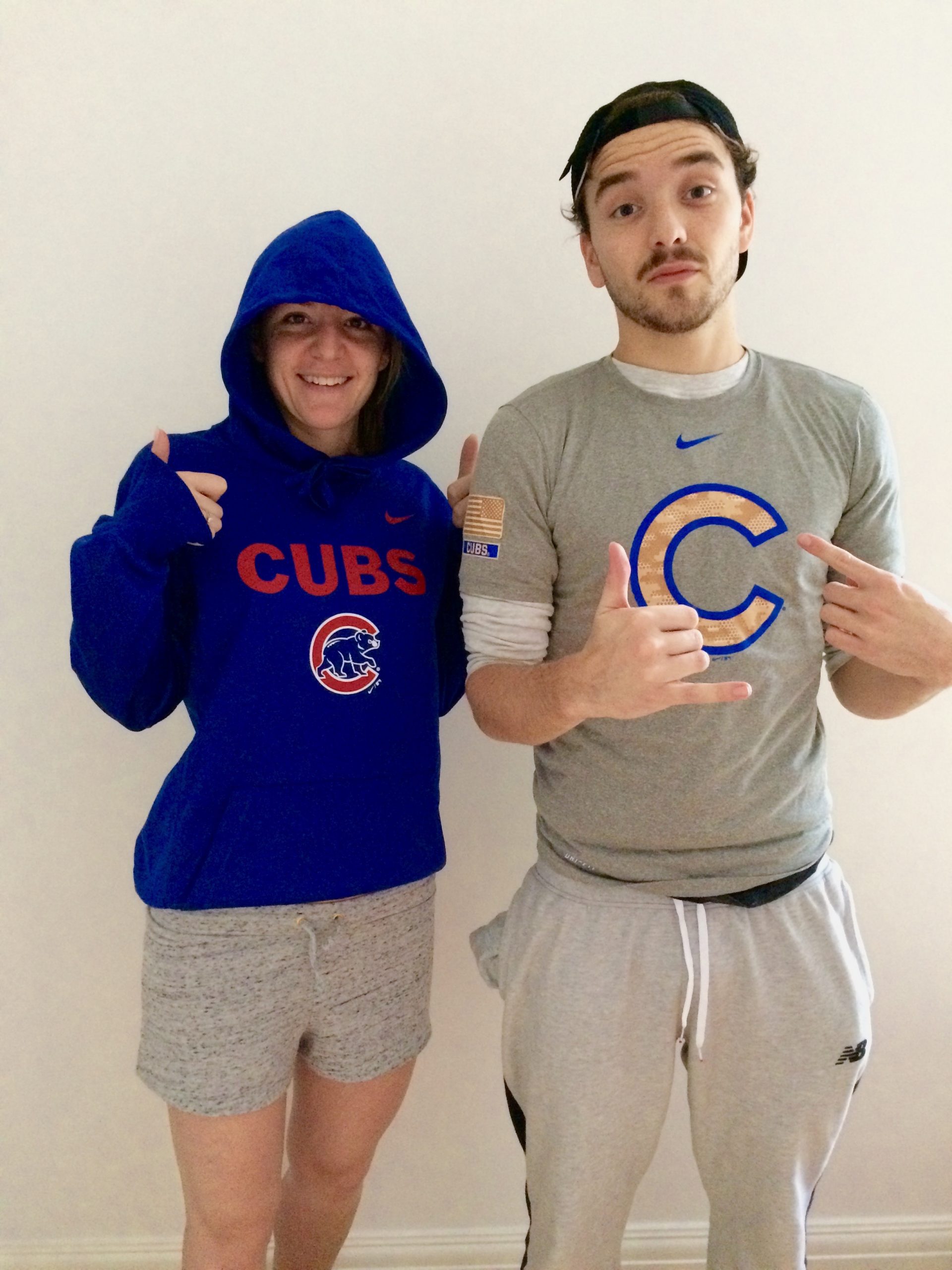 This sort of follows on from Baseball. Chicago is famous for, amongst other food items, deep-pan pizza and hot dogs – typical match-time sustenance. There’s plenty of opportunity to try both. Apparently the hot dog needs to be an all-beef frankfurter in a poppy-seed bun – and whatever you do, don’t put ketchup on your hotdog – it has to be mustard.

Like all major cities, Chicago offers lots of dining opportunities including fine dining. Whatever your food of choice don’t forget to book your pre-race Saturday night meal – it’s amazing how so many restaurants can get booked up when 45,000 hungry runners and supporters arrive in town.

Prohibition didn’t seem to stop Chicagoans drinking alcohol, but it did change what they drank. One fortunate outcome was the rise of the cocktail. The alcohol made by the bootleggers tasted so disgusting that fruit juices were added to improve the flavour, and thereby producing some of the first cocktails. Naturally we sampled a few while we were there.

Chicago is also famous for a niche liquor, Malort, made from wormwood and known for its bitter taste. We managed to avoid that right of passage. The city is also home to a growing number of craft breweries, including the Goose Island Beer Company, which opened in 1988 and now one of the sponsors of the marathon.

A good place to sample any of the above is in the bar on the 96th floor of the John Hancock Centre. It costs nothing to travel up there and enter the bar but it does cost to go in the observatory. The views from the bar are just as good and to our mind the money is better spent on a cocktail. 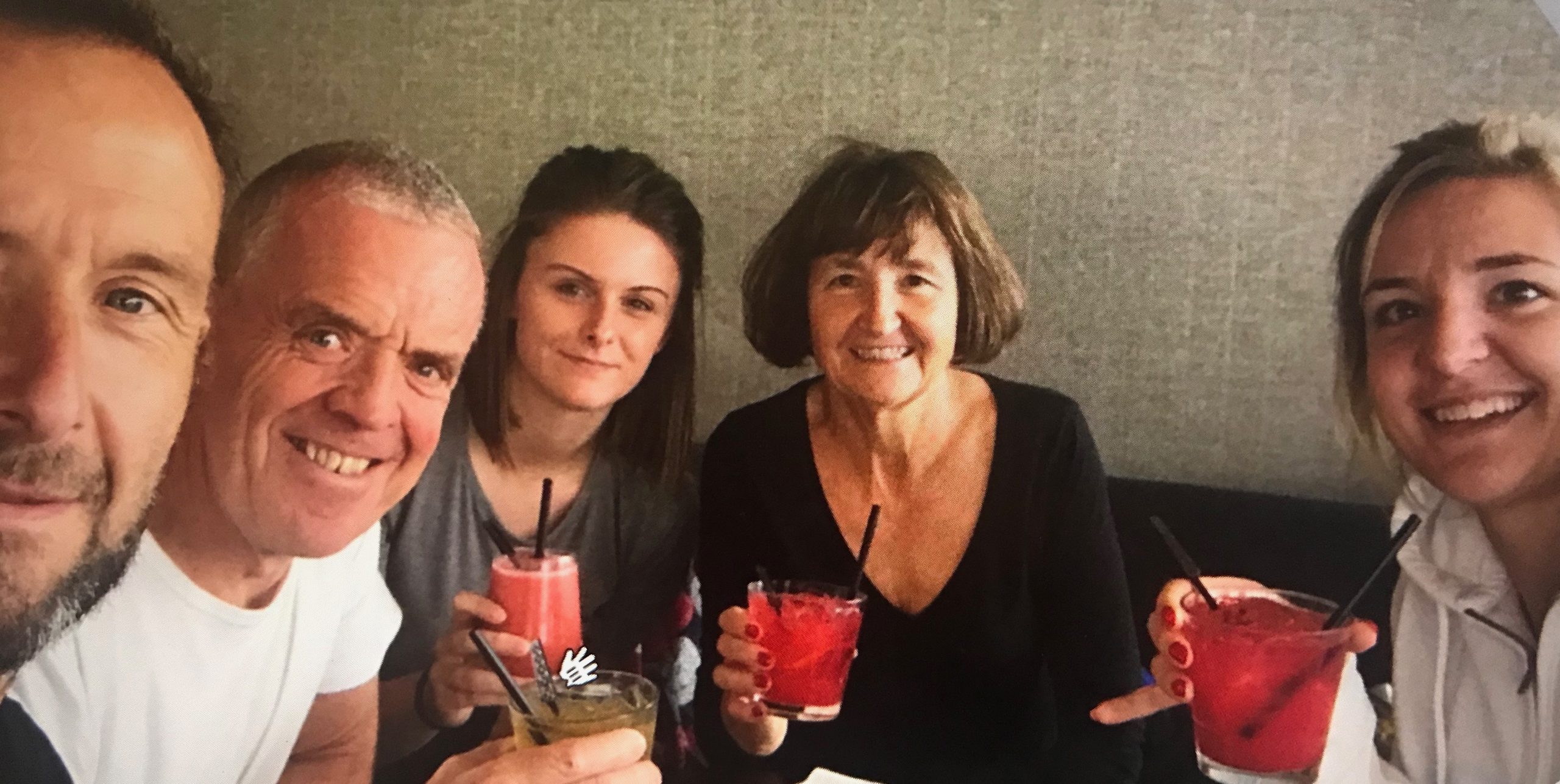 Finally we get round to running! As a warm-up or shake-down before the marathon, or for non-marathon-running supporters, the International 5k takes place on the Saturday morning (be warned – it has a very early 7:30 start) and is a great way to get to run through the city, and earn a very stylish bobble hat. The race winds its way through downtown Chicago, ending in Grant Park in time for breakfast. 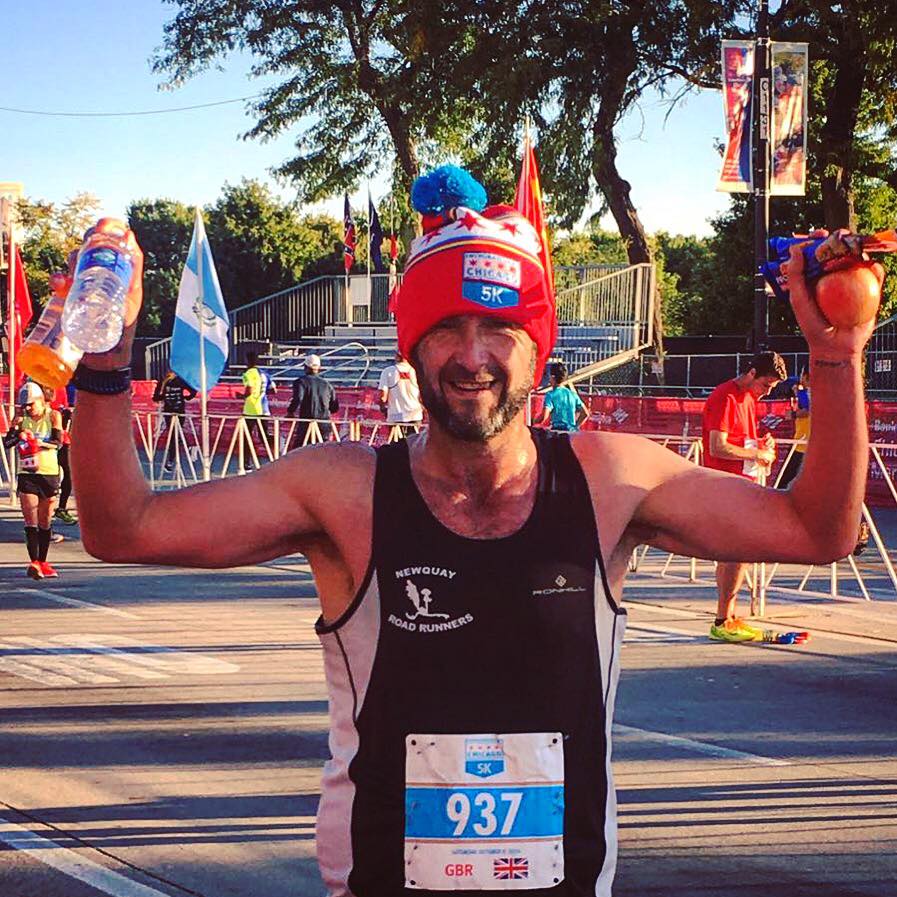 Oh yes – and of course there is the actual marathon. It is a flat, fast course where world records have been set. It’s a real City marathon, taking you through many diverse neighbourhoods each with its own culture. 45,000 runners start and end in Grant Park, passing by Wrigley Fields, Greektown, Little Italy, the Hispanic district and large parts of downtown Chicago.

The weather is unpredictable – it can be hot or very cold or anything in between – but the city views are spectacular and support is plentiful and vocal around most of the course.

If you like the fanfare of big city marathons then we are sure you’d enjoy it. Maybe we will see you there? 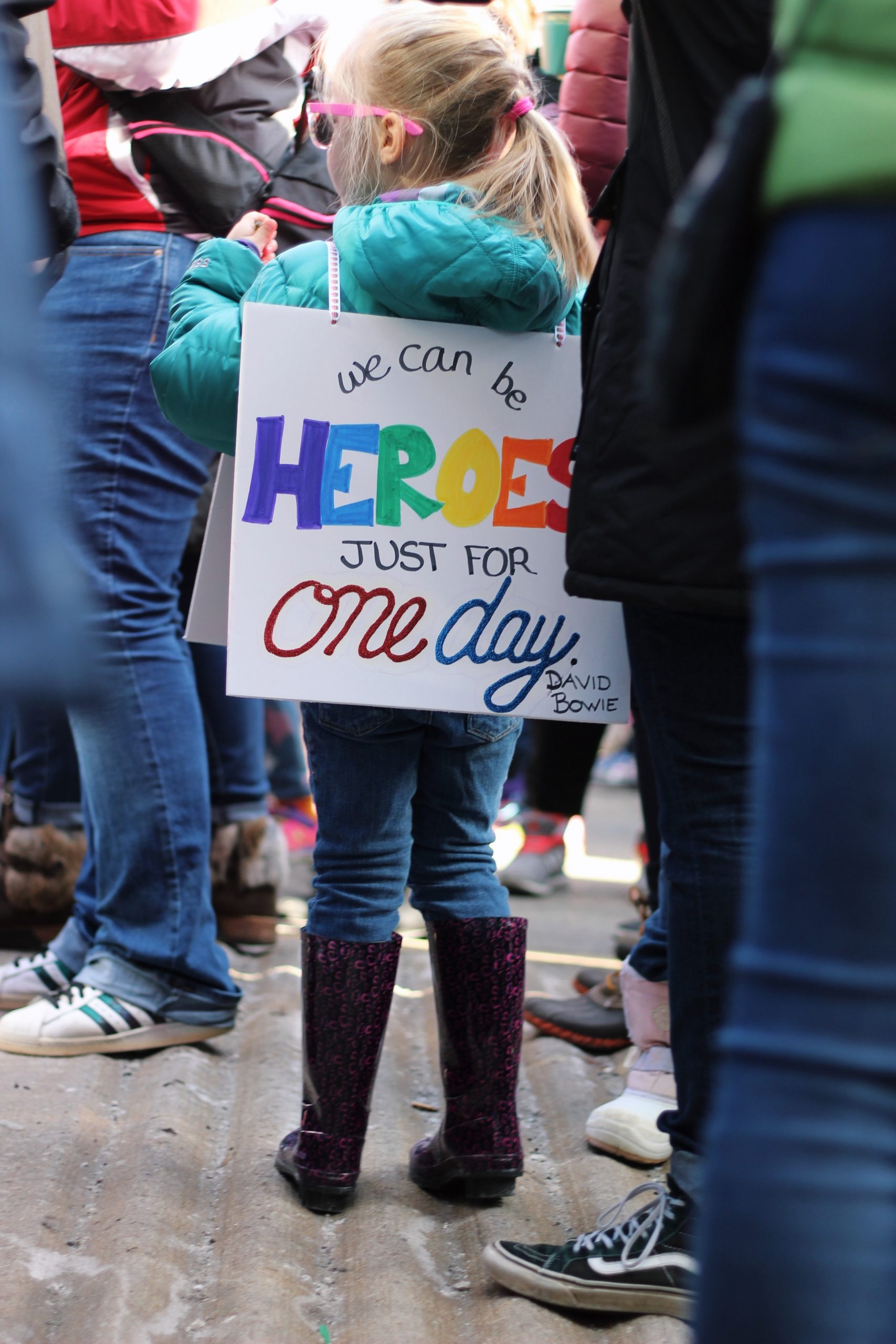 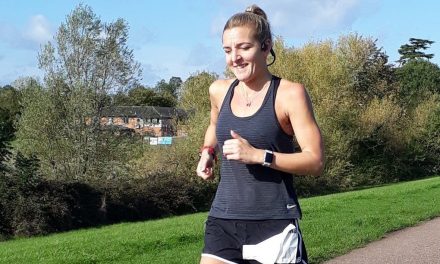 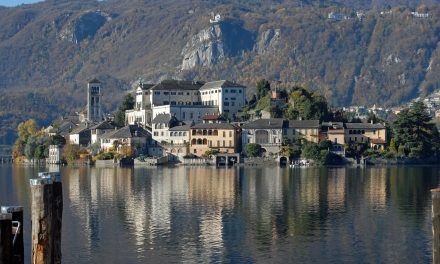 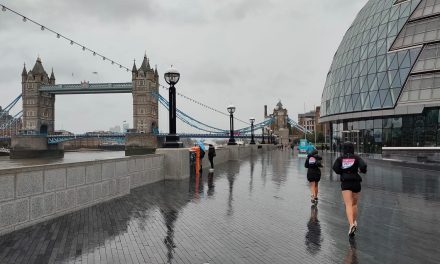