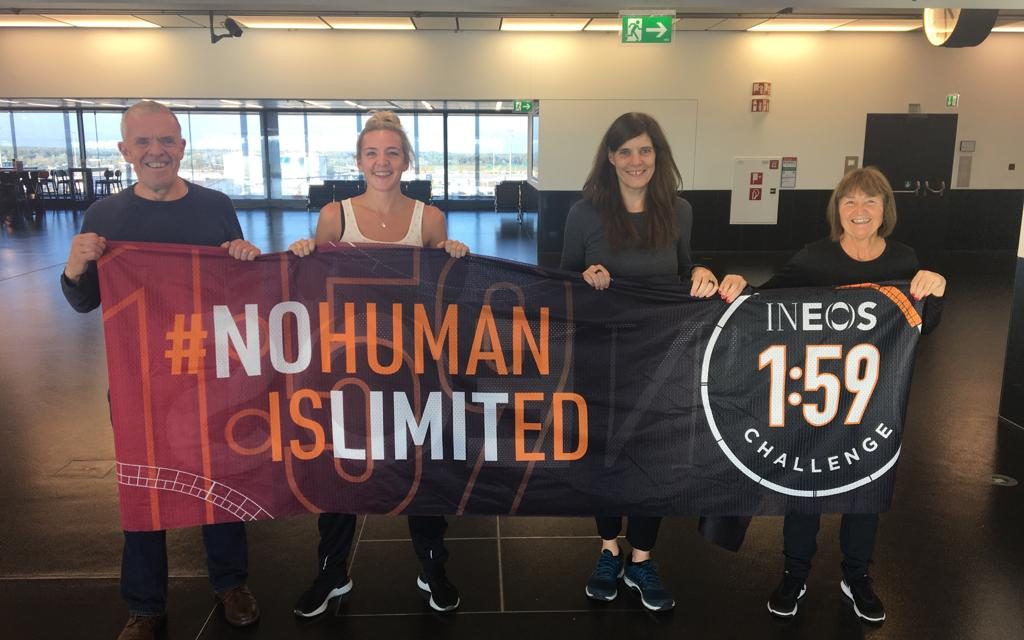 We had been following Eliud Kipchoge’s preparation for his second attempt at a sub 2 hour marathon with great interest. Watching him get agonisingly close in 2017 on the Monza race track was thrilling. This time we were certain he was going to succeed. When he himself asked for crowd support for his second attempt in Vienna, we started thinking how brilliant it would be to be there.

Saturday 12th was the preferred day but there was an 8 day window. Depending on the weather it could be called at any time. It wasn’t until the morning of Friday 11th that the date was finally confirmed for Saturday 12th – a quick decision was made – this was an experience we didn’t want to miss.  A few phone calls later and flights and hotel were booked.

Friday evening we flew to Vienna arriving after midnight. After a few hours sleep we were up and out on a cool and foggy morning walking the short distance to Prater Park. On our way we passed the Ferris wheel made famous in The Third Man looking suitably sinister in the fog. It was strangely quiet at first but as we got closer to the Hauptallee (the 4.5k avenue through the centre of the park on which the event was to be staged) more and more people were joining us.

We chose our spot less than 20 metres from the finish line.  Because of the nature of the lapped course, Eluid Kipchoge would pass us 8 times before he finished and we also had two huge screens to watch the drama unfold.

The atmosphere was electric. Every person there was willing him on. There was incredible support whenever he and his pacers came into view and of course a deafening noise when he came leading the way on his last lap – smiling and waving to the crowd. History was made.

Our post today is a story of the day in pictures, and some of Kipchoge’s philosophy. Thank you, Jain Reid, for the amazing video of the finish – and for your company this weekend.

“No human has run ‘the marathon’ under 2 hours. I accept the freedom of those who are pessimist. The difference only is thinking: you think it’s impossible – I think it’s possible.” 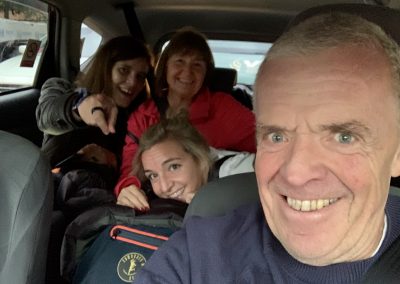 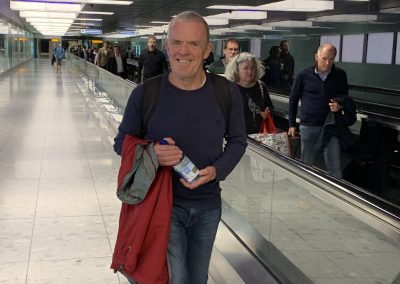 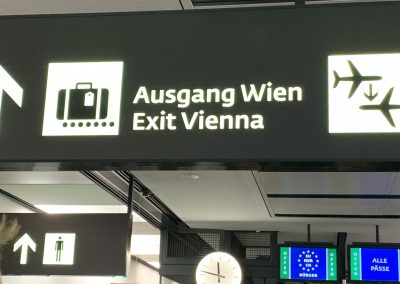 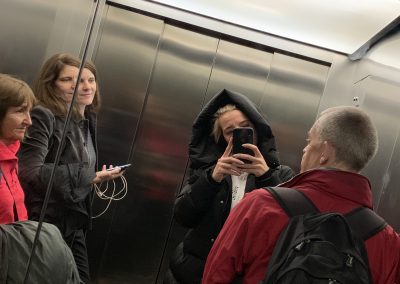 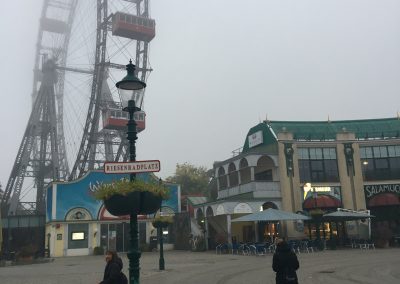 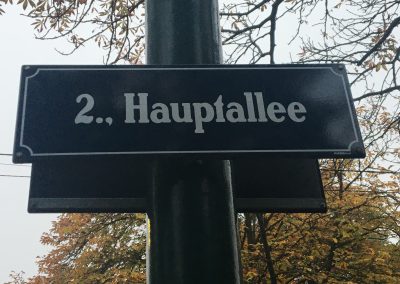 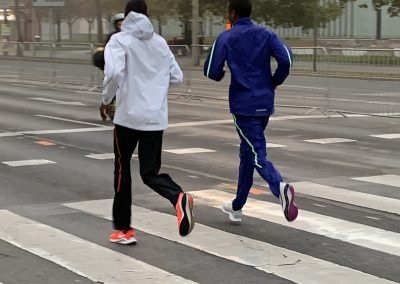 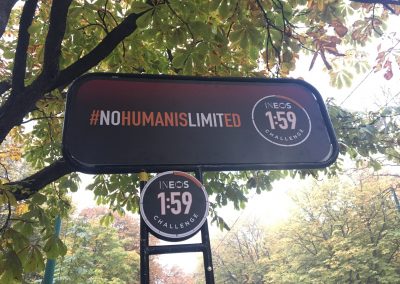 “No human is limited” 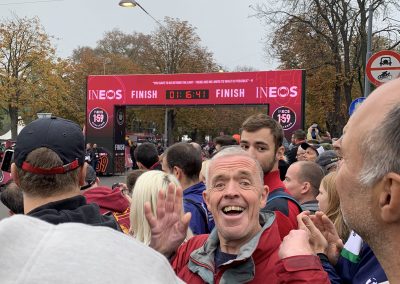 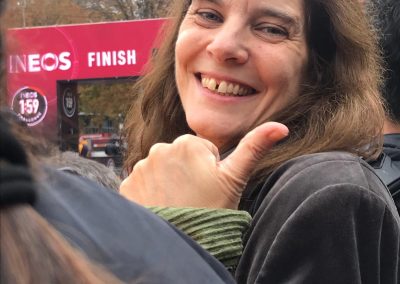 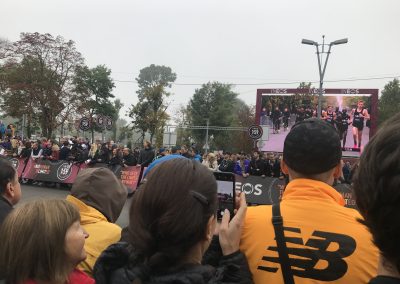 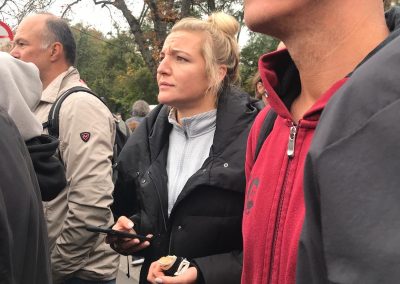 “When you smile and you’re happy, you can trigger the mind to not feel your legs” 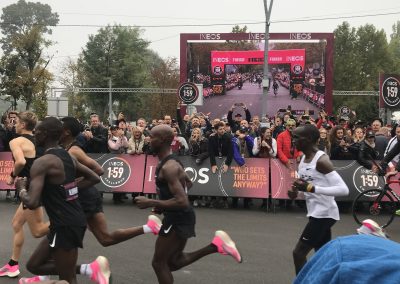 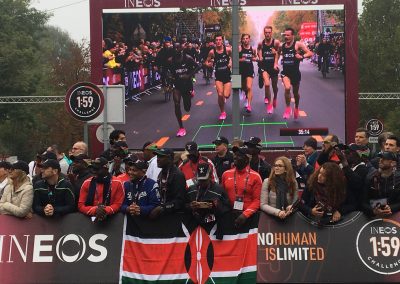 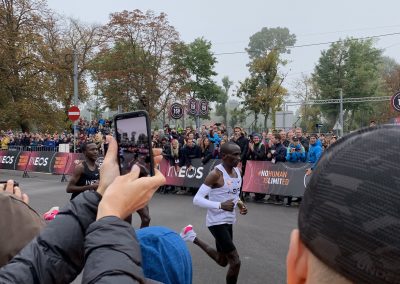 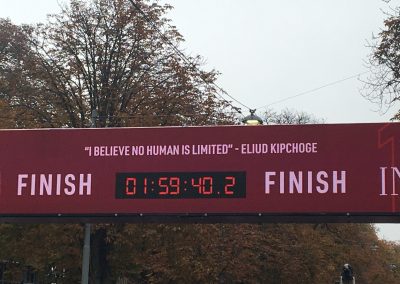 “Passion is a choice. You need to choose to be great. It’s not a chance, it’s a choice” 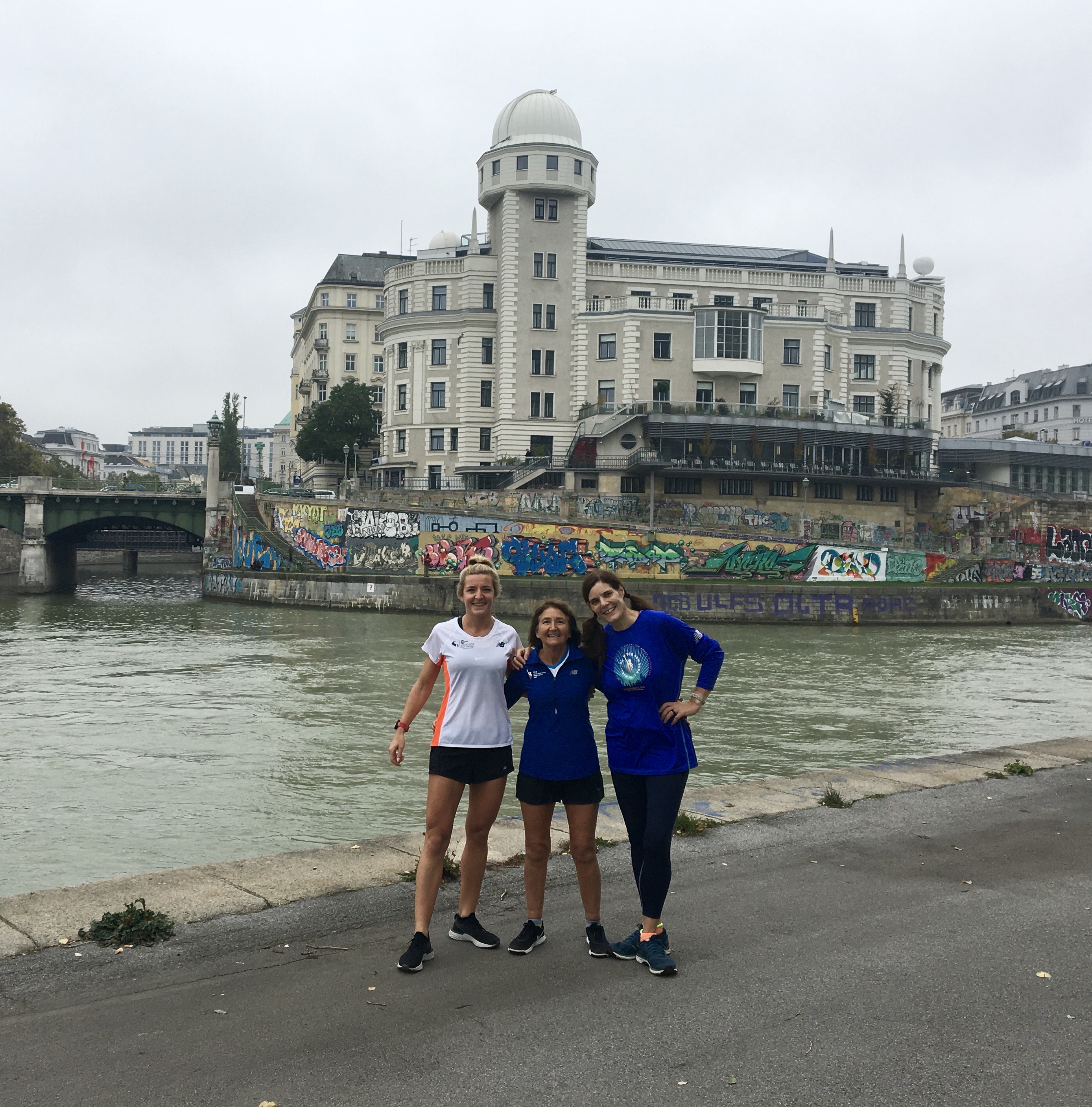 “These roads are best run together” 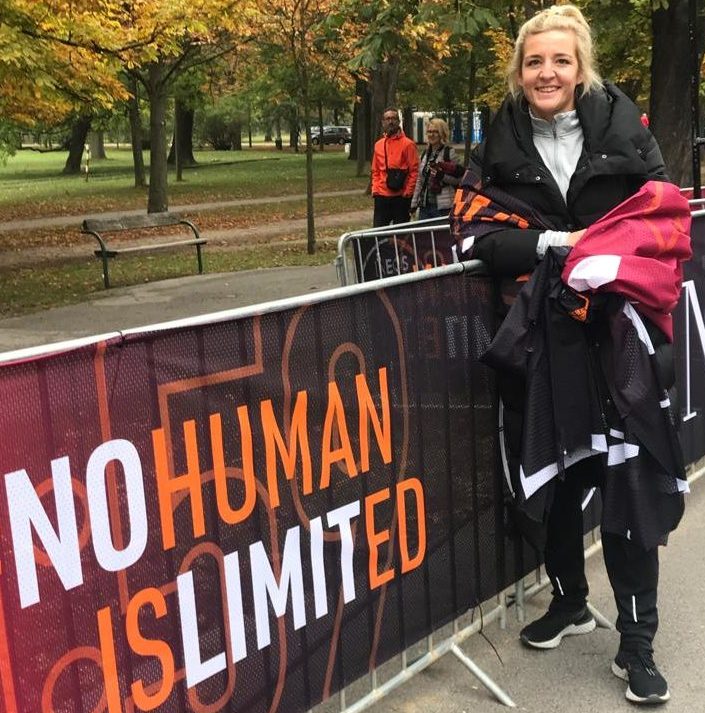 “Nothing is stronger than a peaceful mind” 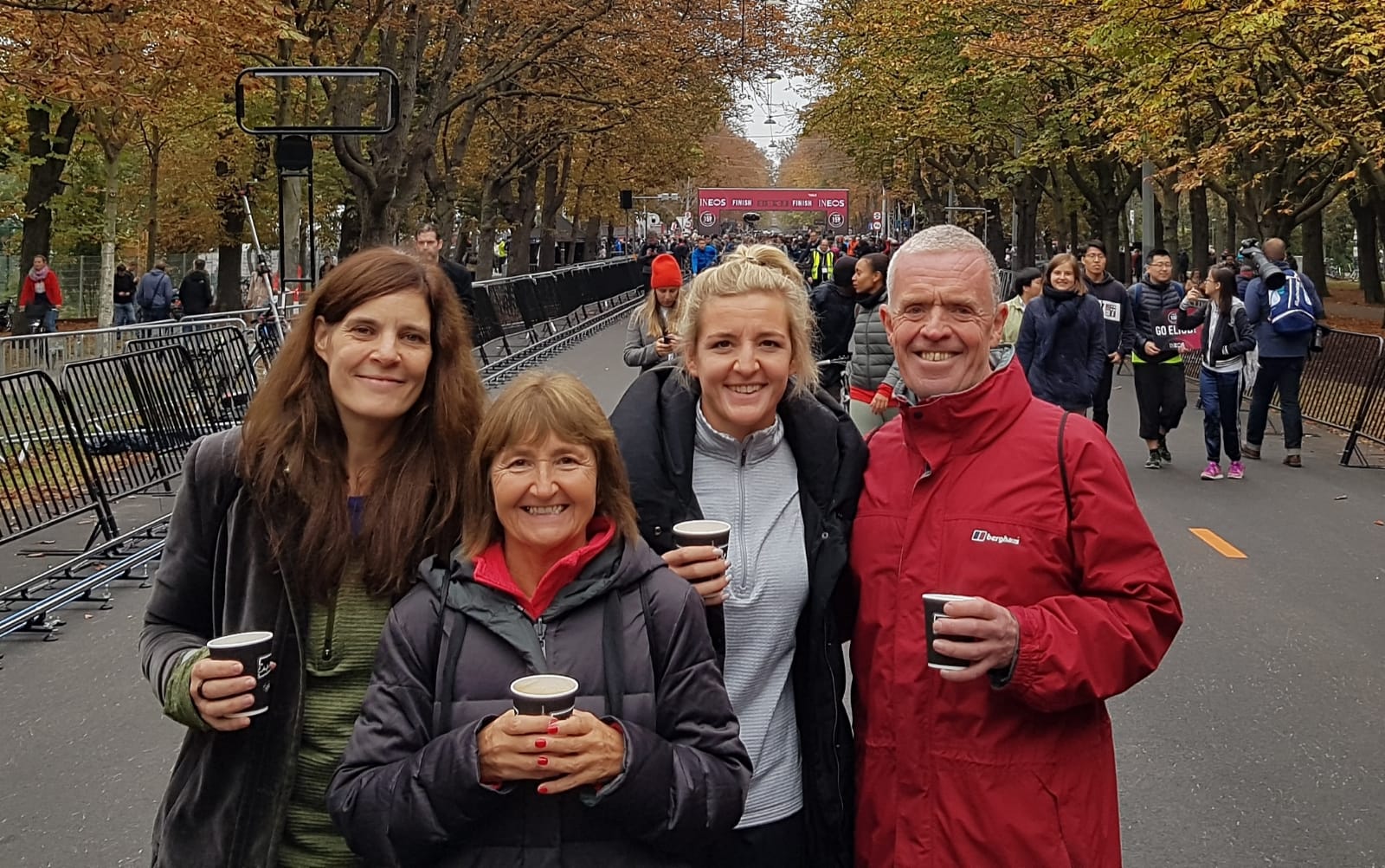 “Today we went to the moon and came back to earth” 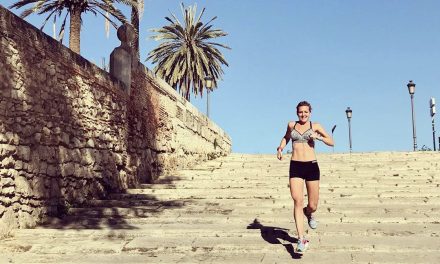 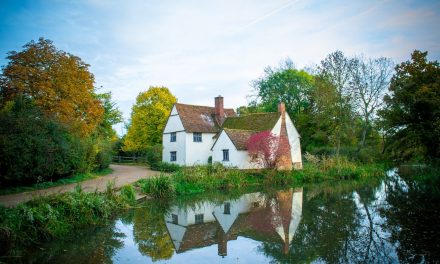